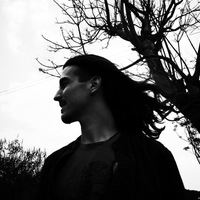 Mattia Palombi is a member of the AIC (Italian Society of Cinematographers) and IMAGO (European Federation of Cinematographers). Award winning Cinematographer, born in Rome, Italy. Elder brother of three, Mattia grew up in an artist family, his mother a music teacher and his father a copywriter.He developed his first artistic vision playing electric guitar and practicing football, yes football is art! Mattia graduated at the International Linguistic High School of Rome. He fluently speaks Spanish, French and English. In 2010, Mattia graduated in Cinematography at the New York Film Academy. To expand his knowledge and understanding of Camera and Lighting, he took several Cinematography Master Classes at the Maine Media Workshop, collaborating with top professionals of his field of work such as Kees Van Oostrom, President of the American Society Of Cinematography, Francis Kenny, ASC and Rexford Metz, ASC. In 2012 Mattia become certified Steadicam Operator at the Tiffen Steadicam Workshop of Palo Alto, CA. Since 2012, he has been working as a Cinematographer. Mattia shot documentaries and commercial over 5 continents, contributing to award winning campaigns for CEI (Italian Episcopal Conference), UNICEF and CUAMM (Doctors with Africa). His work includes collaborations with Director, Producer Jennifer Gelfer (The Second Sun, 2018); Director, Writer Dan Clifton (Inside North Korea's Dynasty, 2018); Artist Banky W (Made For You, 2016); Director, Writer Deb Shoval (AWOL, 2016); Director, Writer Chris Gallego Wong (My Name Is David, 2015); Director, Actor Joel Johnstone (The Pilgrim and the Private Eye, 2012). Mattia earned a nomination at the 2019 Emmy Award in the category News/Program Promo Campaign with the music video entitled "We are New York's Very Own" produced by Tribune Media and Pix 11, and won several 2020 Telly Awards (2 Silver; 3 Bronze) for documentaries produced by CBS. He is also the Cinematographer of "Chrysalis", Written and Directed by Siqi Xu, short film that was officially selected by the Student Academy Awards 2017 and among the finalists of the Art Directors Club Young Ones 2017. Mattia is based in Brooklyn, New York.

Mattia P is a new user and doesn't have any reviews yet.