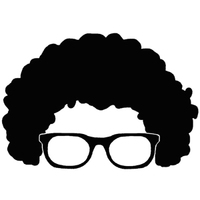 As a director, Gannet previously helmed several short films including Sonnet 44 – Unisphere which launched New York Shakespeare Exchanges Sonnet Project. He recently released the hyper-short comedy This is Dating: In 30 Seconds. His film Dottie’s Thanksgiving Pickle stars the Tony-Nominated Actress Nancy Opel and Academy Award-winner Olympia Dukakis and The One That I Want, a musical comedy, was made as a part of RIPFEST’s Collaborative Film Project. He is currently in post-production on two short films: “The Poets” written by Lori Fischer and starring Susan Louise O’Connor and Jeff Hiller, and “99¢ Tuxedo” starring Ryan Good and Kate Holland.

In January, 2014, Gannet produced the first inaugural TEDxGowanus Conference featuring a full day of speakers, performances, and presentations about or inspired by the Gowanus area of Brooklyn. Previously, Gannet was the Video Director for TEDActive in 2013, 2014, and 2015. He was also Technical Project Manager for the TED Worldwide Talent Search which featured TED events in 14 countries across 6 continents and resulted in the recording of 292 TED Talks. He line-produced TEDxGreatPacificGarbagePatch, the TED Prize MissionBlue Conference in the Galapagos Islands and associate-produced Paramount’s The Love Guru, which was the culmination of three years of close work with Mike Myers and Myers’ production company Nomoneyfun Films. While there, Gannet helped develop several projects with Myers including extensive work on Dreamworks’ “Shrek The Third” and the ABC Christmas special “Shrek the Halls.”

In addition to his propensity for writing and directing, Sean is a road-trip enthusiast, celebrated turkey chili chef, and lauded amateur dancer for whom crowds of strangers have oft circled-up to watch him shake it. Sean currently lives, works and plays in Brooklyn, the only city for which he has ever been homesick.

Sean G is a new user and doesn't have any reviews yet.