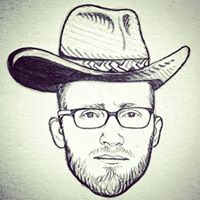 Zack Baddorf is a communications professional and journalist. He is a military veteran with 10 years of video, radio, print, photo and web reporting in more than 30 countries, including Syria, Afghanistan, Pakistan, the West Bank, Kashmir, and Iraq, as well as rebel-held territory in Sri Lanka and Burma. He provides video, public relations, web/social media and other communications services to businesses, non-profit organizations, government agencies, and individuals.

Based in Brooklyn, Baddorf has produced award-winning radio, video, photo, print and web content for NPR, BBC, AP, the Wall Street Journal, Seattle Times, and other international publications. He won a 2011 National Headliner Award for his half-hour radio documentary on Vancouver’s Downtown Eastside.

Baddorf served for two years as a Peace Corps volunteer in Romania and worked for a year for an international non-governmental organization in South Sudan doing media development. He served in the U.S. military for five years as a journalist, reporting from across Asia and the Middle East. He won the U.S. military’s top photojournalism award.

He's got a master's in international relations, a master’s in public relations and a bachelor's in journalism. He’s studying for another master’s in documentary studies.

Zack's camera was in great shape - he also included a lot of extra gear I didn't anticipate but definitely made the shoot that much better.

Great experience renting from Zack. Went above and beyond what was expected for my first time using KitSplit! Will rent from him again.

Everything went smoothly, would definitely rent from Zack again!

Zack is the best! We're a non-profit media arts education organization in Poughkeepsie. We were teaching our first VR workshop where our students would create a 360° video highlighting the importance of pollinators.

Zack was very helpful in renting his Freedom 360. It worked great and was an incredible experience for our students. Would love to rent from him again.

first time using this rig. impressive lenses and cameras were much easier to maintain other 7+ camera rigs for full spherical video. performs in tight spaces super well and worked great without over heating. i would certainly use again. all questions were answered, thank you zack!