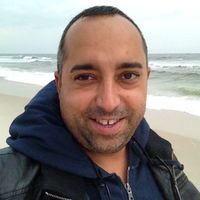 Hey David from SkyCamUsa Here. If you search for my company name you will find a multitude of information dating back 10 years. We are New York's First Drone company since 2007. Back in 2007 we use remote helicopters. Thats how long we been doing aerial photography and video. We do it because we love filming and flying. We would love to share that with you. Check out our many drones for rent and if you need an experienced pilot. You have found one of the best. I have over 10,000 hours over the 10 years flying real manned airplanes, helicopters, as well as unmanned helicopters and drones. We worked for just about every network and major corporate players in town and out. Try us out see if we can help you with your project. 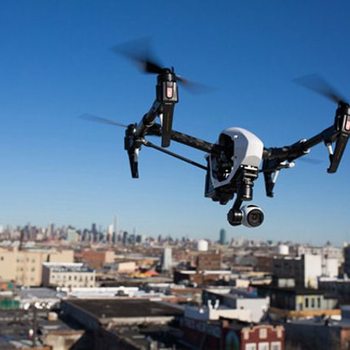 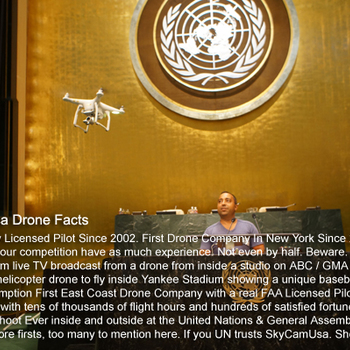 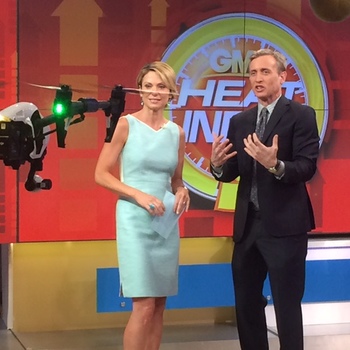 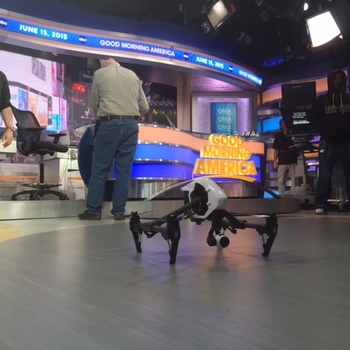 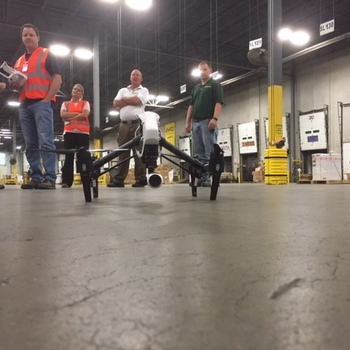 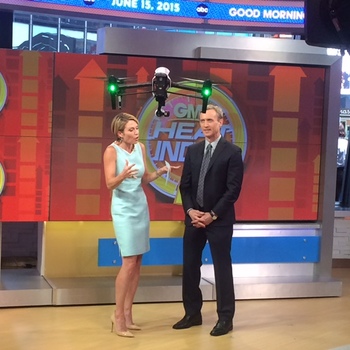 This Inspire 1 v2 is in mint condition. This Inspire was used live on Good Morning America a few times. Comes with separate controllers for pilot and camera operator if needed. Comes with 7 batteries and 3 chargers. Fly all day. Film in 4k. Optional FAA Drone Pilot from SkyCamUsa. 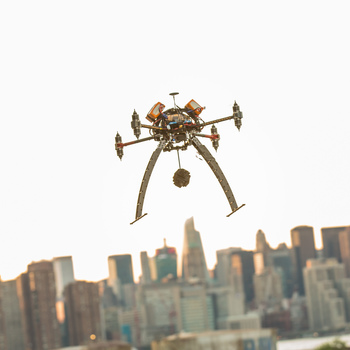 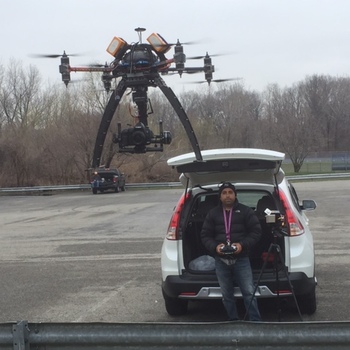 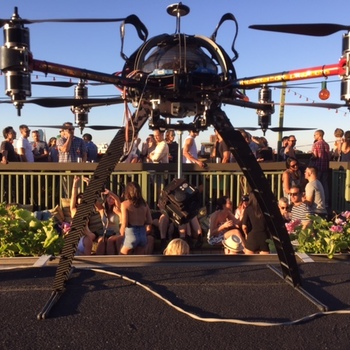 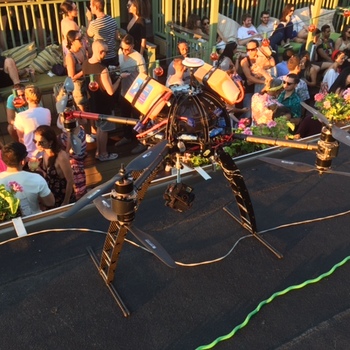 This heavy lift drone can lift your RED camera and just about anything else you through at it. It can lift about 12 LBS of camera weight. It comes with a 3 axis gyro stabilized camera gimbal that can be adjusted to any camera and lens within weight range. 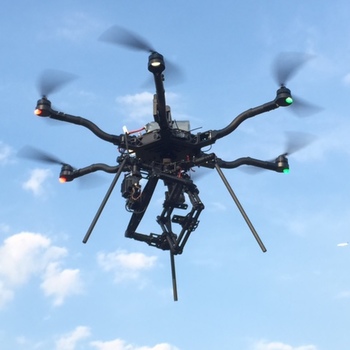 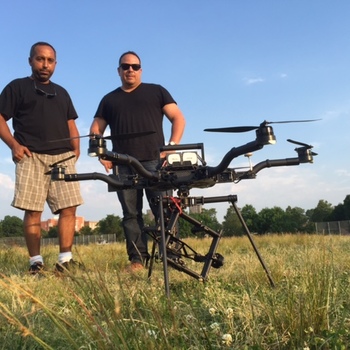 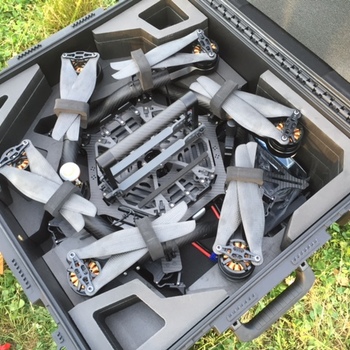 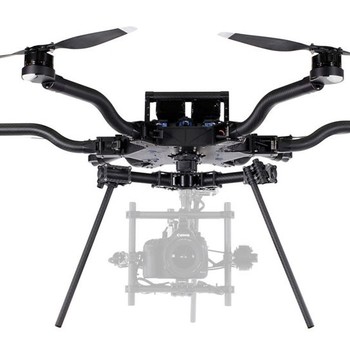 Includes: 6 pairs of batteries, 2 remote controls one for pilot other for camera operator, Video downlink and monitor

Elevate your next production. Get a unique perspective on your next job! Aerial Video For Television, Film, Commercials & Other Video Productions.

First things first. What kind of cameras can we fly?
Basically any camera under 12 lbs is supported including the RED Epic, Red Scarlet, Red Dragon, Alexa Mini, Canon 5D Mark III, Sony FS100, Sony FS700, Black Magic 4k, Sony NEX5n, GoPro Hero 4, Canon 1D, Nikon D4, Panasonic GH4 and many more... We can film aerials for features in quality from 4k, 5k and even 6k video. For feature films we recommend the FreeFly Alta the latest in drone tech for heavy cameras. Ask us about our drone rental packages. We make renting a drone in New York easy.

See "Available Drones" below for specifics on what drones can fly what cameras...

SkyCamUsa has the widest selection of drones for rent on the east coast period. From small to large from GoPro cameras to the Red Dragon we got you covered. We also offer handheld camera mounts and manned helicopters for those high up shots. Take a look below. 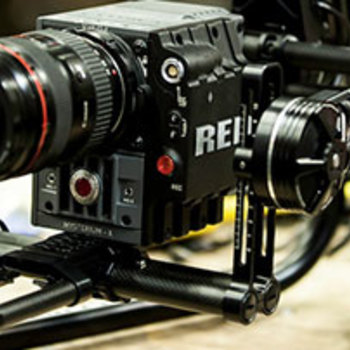 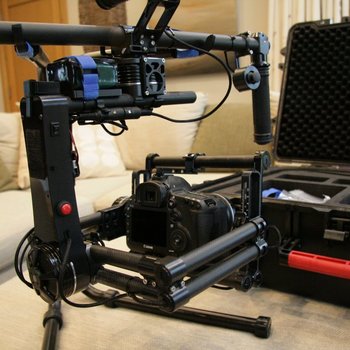 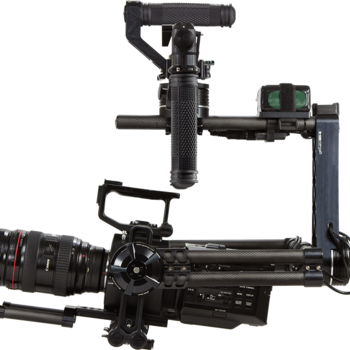 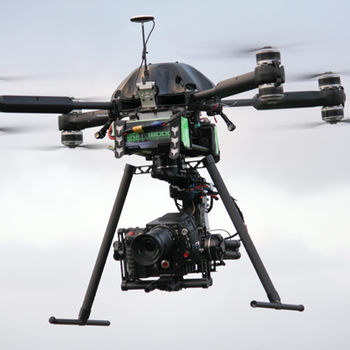 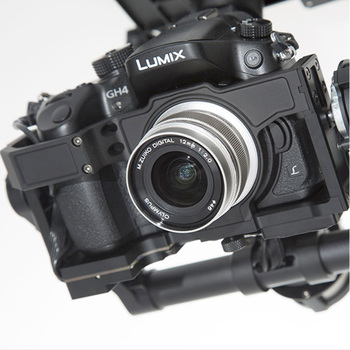 SkyCamUsa is a new user and doesn't have any reviews yet.