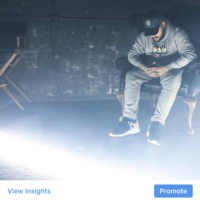 A nightmare. Completely unprofessional and possibly criminal. The renter returned items late, damaged my camera, and kept some items. From a return time of 5 PM on Sunday, he was unresponsive when he missed it. At 11 PM, he asked for a 9 A.M Monday. I obliged. The next morning, he missed the time, was unresponsive, then asked for 11 at a meeting place. I waited there, but of course he didn't show up. He then kept pushing the return time every couple hours - traffic, etc. until 5 PM! I wasted an entire day waiting for him. When I told him I was on the way to the police station to file a theft complaint - he finally showed up, 24 hours later. BUT he had the audacity to ask me to unload footage for him! I declined, and he promised to come back again at 8 PM to return the memory cards. I made the mistake of waiting for him - of course he didn't make it. He wanted to meet at 10:30 PM - I declined because it was ridiculously too late; I was reporting the items as lost. He sent a deluge of verbally abusive language, which was odd considering I extended him every courtesy while he was thoroughly unprofessional and disrespectful of my time and property. On top of that, he threatened to come to my personal home. I am currently seeking legal advice about a restraining order. Be careful out there!

Thank you for renting from Du-All

David is a great repeat renter - happy to work with him again.

David was really nice and took great care of the camera!

David was a good renter and took care of our gear.

Great renter everything came back just as it left. Thnx

Kind of a mixed experience. Handled my gear like a pro, except some of the expendables went missing and were not replaced. Communication could have been better.

David was great, all gear returned in same condition and keep me informed ahead of time about pickup and dropoff. Thanks!

Returned promptly and without incident.

Punctual, everything came back same as it left.

Everything was great, thanks!

Everything was great, thanks!

Communication was not great and renter ran later than originally agreed upon.

Very accommodating with pickups and dropoffs

Very accomodating with pickups and dropoffs