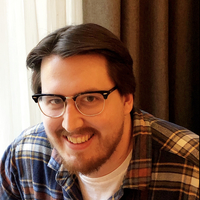 I am a DoP specializing in RED Cameras. 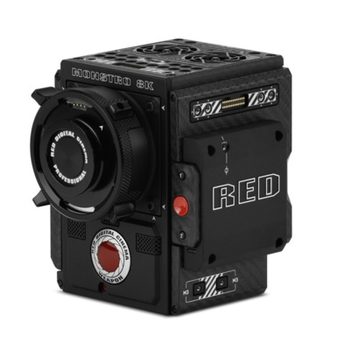 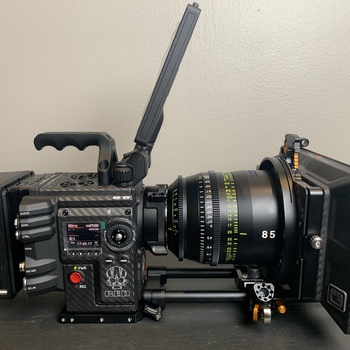 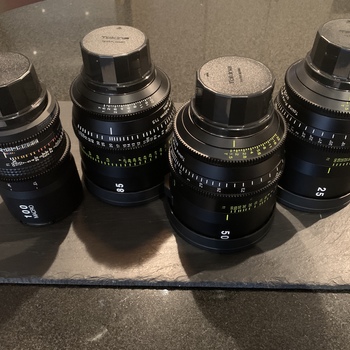 We are excited to announce the arrival of our RED Monstro VistaVision 8K Weapon in carbon fiber, with RED Sidekick CF control! The Monstro 8K VV sensor is a full-frame 35.4MP beast, providing 8192 x 4320 in 8K resolution, up to 75 fps (2:4:1) and with 17 stops of dynamic range it really is a monster. Additional frame rates include 60 fps at 8K (16:9), 120 fps at 4K, 240 fps at 2K, REDCODE RAW and ProRes simultaneous recording. The RED DSMC2 Monstro brain can record in 8K REDCODE RAW, Apple ProRos DNx with data write speeds of up to 300 MB/s. The cinematic VistaVision perspective is a joy to behold, Full Frame 8K coverage at 75 fps with 17 stops of dynamic range - it's an amazing technological achievement. VistaVision was originally pioneered by the engineers at Paramount Pictures in 1954 as a higher resolution, widescreen alternative of 35mm film. The principle was by orientating the 35mm negative horizontally in the camera gate and thereby shooting on to a much larger area, this is also provided a finer-grained projection print. Fundamentally, VistaVision was a testing ground for cinematography advancements that eventually evolved into 70mm IMAX and OMNIMAX which are also both orientated horizontally sideways, just like VistaVision is. Furthermore, HDRX mode extends the dynamic range by up to 6 stops by capturing two identical images, same resolution, same frame rate however the first image is normally exposed (A-track) and the second image is underexposed (X-track) with an exposure value similar to the number of stops used on the A-track to protect the highlights, known as ighlight protection. These two tracks are then 'motion-conjoined' / blended together live in the recording, to provide amazing dynamic range and a unique look - all done in camera, on the spot. The DSMC2 Monstro in a carbon fiber body is crazy lightweight! The carbon fiber version of the Monstro brain is over 2 lb / 0.91 kg lighter than the regular aluminium version - thats almost a 1kg saving! Ideal for robot arm, drone, gimble and car rigs! We love this RED camera the most and we have owned them all!

Parker S is a new user and doesn't have any reviews yet.